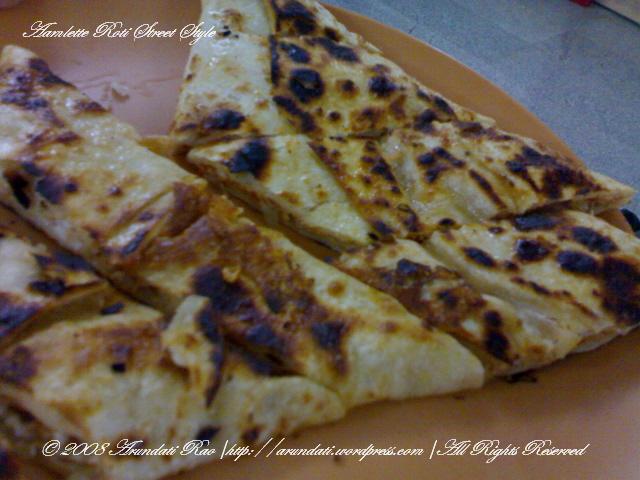 this is a picture of the Aamlette roti from the cart, taken from a camera phone!!

K and I are always rushing to catch planes, trains or buses!! That’s not because we’re badly planned travelers, but because we don’t plan most of the times…..we usually take off whenever work and bank balances allow us to….and sometimes even when bank balances scream that we shouldn’t!! it gets to us….the routine….and I think somewhere we’re both wanderers trapped inside these bodies of ours…

We like to see what the place has to offer and where the trip will take us….we’ve been known infamously to extend trips indefinitely and instinctively when we are enjoying it and change course as soon as we feel the trip isnt going as we’d like it to…..

Part of our travelling means that we always try to sample whatever food is available….we don’t scout around looking for familiar food…I know many people who will not rest until they find a south indian place serving dosa in ladakh or searching for paneer butter masala in the deep south of india and lament “they don’t know how to make it” …. I will keep this for later though!!

We’ll happily eat at roadside eateries and let me tell you they serve the most wonderfully authentic local food…we’ll also eat at expensive and famously exclusive restaurants and hotels…..at the cost of reverse snobbery, let me admit that some of our best travel food experiences have been at the most humble of places…..while I like to be careful about the how and where the food is cooked and served, I sometimes send out a silent prayer about the state of the nails of the person serving / cooking the food when I just cant help it!! 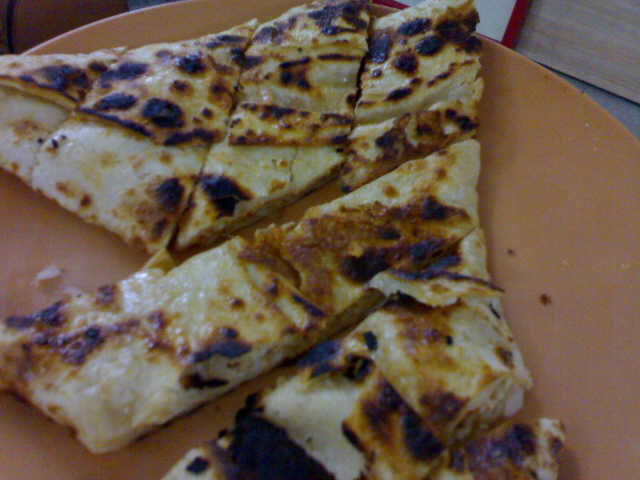 A few weeks ago, we made one such impromptu trip to Bangalore by a particularly uncomfortable “sleeper Coach” bus. These are regular transport buses that are fixed with sleeping berths that are custom built for claustrophobia and very little sleep……if you thought lying down flat on your back is better than sitting in an uncomfortable “fully push back luxury” seat, then I recon you have never travelled for 12 hrs in the last berth of the bus, where every pebble you go over feels like a crater about 2 meters deep….anyway I digress again….

We rushed to buy tickets and grabbed the only available ones….we came back home and just had enough time to fling a few sets of clothes together in a bag and lock the house to reach the boarding point. To our luck, the bus enroute to where we were, got stuck in traffic and we had about half an hour to wait…..we were ravenous to put it mildly…..looking around the place were were standing which is almost on the outermost fringe of the city, we realized there was little to chose from, hot oversweetened tea and abject hunger or hot off the pan omlette with rotis  made on a cart nearby that were emanating some tantalising aromas. I fell for the latter and didn’t regret it one bit. I have to say the aamlette(as it was pronounced) and roti was wonderful. It was piping hot, crisp and soft parts, yummy with chilli powder and fresh coriander mingling with chopped onion and green chillies and very filling. It even made the back breaking journey a little more bearable!!

To make it yourself

I c whole wheat flour, kneaded with enough water to make a firm but elastic dough. Divide it into 2 equal balls, dust with dry flour and roll into even disc about 8 inches in diameter. You could also use leftover chapattis.

Cook the chapatti on a hot skillet till almost done. Pour the omelette mixture onto the roti and flip it over till the egg mixture is cooked. Fold the chapatti on the sides to make a triangle to conceal the cooked egg. Flip it over again to cook it crisp. Cut into slices to make for easy eating and serve hot.

Fuss free and fabulous – just the way I like my food.